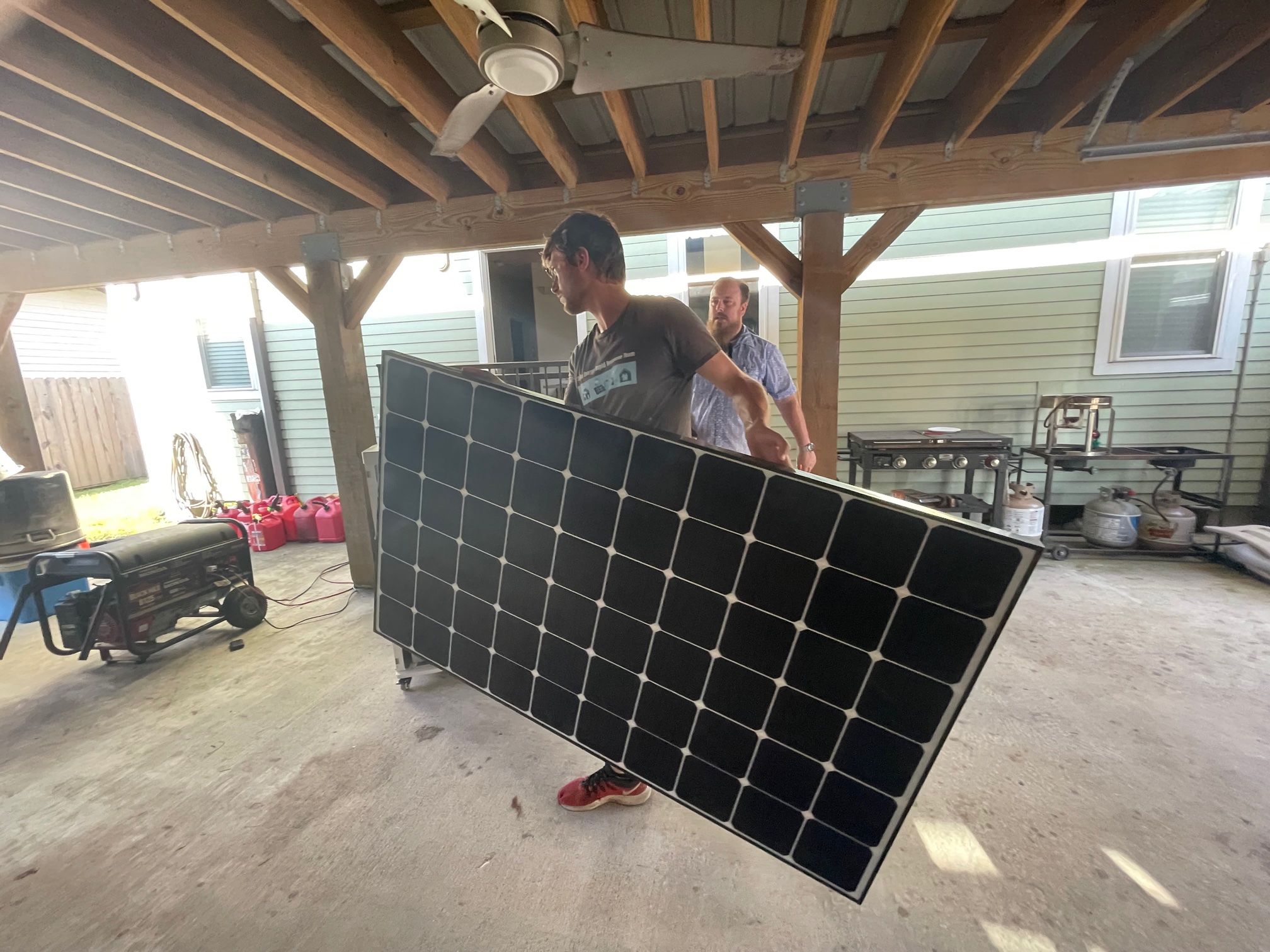 NEW ORLEANS - Washingtoner -- Nearly a week after Hurricane Ida made landfall in Louisiana on Sunday, August 29, over 700,000 residents in Louisiana are still without power. Gas shortages in the region are leaving even those with access to generators sweltering and in the dark. An emerging approach to climate disaster response has deployed to New Orleans – a solar cavalry, armed with trailers outfitted with solar panels and battery storage.

Footprint Project, a Minneapolis-based non-profit organization, along with their for-profit subsidiary Rent.Solar, is on the ground in Louisiana with four solar trailers and 60 portable charging stations. Their mobile solar paired with battery storage will create microgrids to power relief efforts already on the ground within the region.

In a coincidental turn of events, Footprint Project and Rent.Solar found themselves fully staged and ready to deploy to Louisiana from Bonnaroo Music and Arts Festival in Manchester, TN. The event was suddenly cancelled due to waterlogged festival grounds from the hurricane's continued path throughout the southeast. Both organizations had programming and rental contracts with Bonnaroo this year.

"We were tracking Ida while loading into Bonnaroo and immediately began strategizing about how we could deploy while still fulfilling our festival contract," said Will Heegaard, Operations Director at Footprint Project. The event announced its cancellation two days after Ida made landfall in Louisiana.

More on Washingtoner
Footprint Project's mission is to provide cleaner energy for communities in crisis. Through their for-profit subsidiary Rent.Solar, Footprint supports that mission by renting out their mobile solar equipment to events like Bonnaroo. "While it's incredibly unfortunate for everyone involved that the festival couldn't go on this year, the ability to get down to communities in need of critical power with such speed and agility is the real reason we do this work," said Heegaard.

On the ground since Friday, September 3, Footprint has so far powered up the NOLA VFW which is distributing 500 meals a day to the community, and Imagine Water Works which leads the Mutual Aid Response Group of Louisiana. Footprint is still building a list of sites requesting power to be triaged and prioritized based on need and service. They are also sourcing additional solar equipment from industry partners around the country to arrive in Louisiana over the coming days. The mobile microgrids will be deployed at sites throughout the area, including community centers, medical centers, and fire stations. Parking lots and street corners identified as high need areas by local partners will also be targeted for cell phone charging, medical and mobility devices, and battery shares.

"We're incredibly grateful to all our partners and supporters for helping us build back greener in Louisiana," said Heegaard.