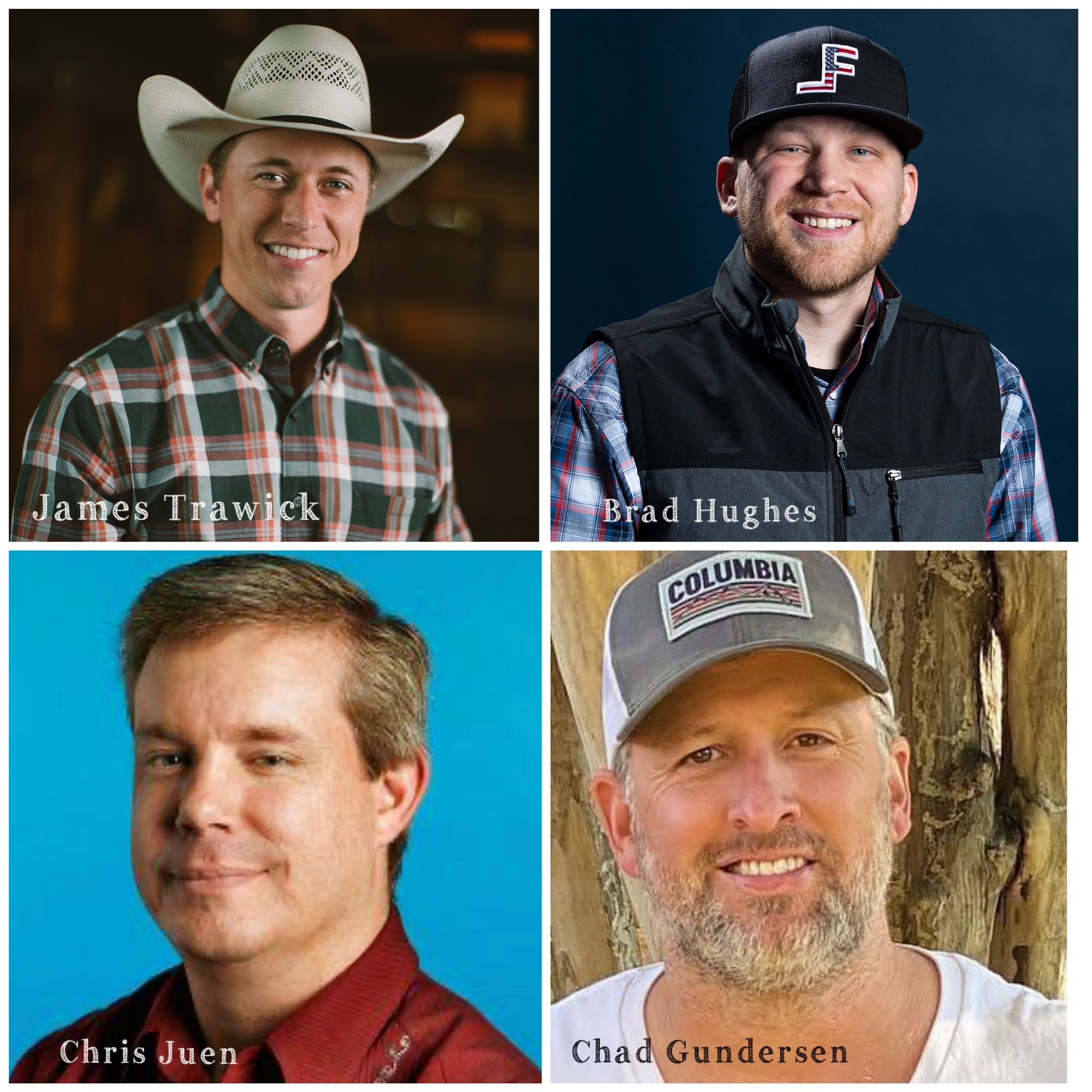 LANE documentary trailer debuts on champion bull rider's birthday
DALLAS - Washingtoner -- Legendary Bull Rider Lane Frost is the subject of a new documentary by Fort Worth based production company Tough Draw. The feature length film LANE: Life | Legend | Legacy will focus on Frost's faith, various challenges the young cowboy faced and most importantly, why thirty-years after his death in Cheyenne, WY, he is still one of the most celebrated figures in Western culture.

Tough Draw founders, Brad Hughes and James Trawick, along with producers Chris Juen and Chad Gundersen of the acclaimed series The Chosen and Out of Order Studios began production on the documentary in March 2020 and secured interviews with Lane's parents Clyde and Elsie Frost as well as some of the most iconic names in Bull Riding and the rodeo community including Tuff Hedeman, bull riding champion and Lane's best friend, Don Gay, iconic champion bull rider and rodeo legend and country music star Cody Johnson. Hughes and Trawick were inspired to take the deep dive into Lane's life and legacy out of their love for the sport of Bull Riding and because of their personal relationship that developed with the Frost family. The duo also believed there had to be more to his life than what was portrayed in the hit film about Frost, 8 Seconds. "One of my earliest memories of experiencing movies at a theater was with the film, 8 Seconds. I was six and a half years old at the time, and it's one of the earliest movies where I ever remember feeling emotion," says Hughes. "I cried at the end of the movie. I loved it. I knew about Tuff Hedeman and had heard of Lane Frost, but that really established my passion for not only the sport of bull riding and the riders as athletes, but also began my love of sports films." Trawick adds, "It was after getting to know Lane's parents and earning their trust that the discussions of doing this documentary came about. From an early age, Lane Frost was a person that I looked up to as a kid competing in the sport of rodeo. Being able to direct this film with Brad, my long-time friend and business partner, is truly a dream come true."

More on Washingtoner
Frost started riding dairy calves around the age of 5 or 6 and won his first rodeo awards at only ten years old. In 1981, he became the National High School Bull Riding Champion, and the following year, he won the title of Riding Champion of the first Youth National Finals in Fort Worth, Texas. Frost would go on to win the PRCA World Champion bull riding competition in 1987. His success at such an early age serves as tremendous motivation for the filmmakers. "Lane's story, to me, is a story of hope and dedication," explains Hughes. "It's a story of someone living a life that leaves a light in this world that is inexplicable to most people. Lane is an inspiration of achieving ultimate success through persistent hard work and being a Legend in your sport." The reminder of the brevity of Frost's life was also a sobering realization during filming. Hughes continues, "The biggest thing I feel like I've learned through all this, was the reminder of how young he really was. When you sit down with Kellie (Frost's widow) and discuss their marriage or talk with Tuff about having to "grow up" overnight...you realize, and it's a shaking reminder, of just how young they all were during this time."

With full support of the Frost family, Tough Draw and Out of Order Studios are excited to present a more comprehensive look at the life and legacy of the celebrated cowboy. "We, the Frost family, think it is important to let people see the true story of Lane Frost and how hard a champion works to chase his dreams and ultimately what it means to leave a legacy like he did," says Stetson Frost, Lane's nephew and CEO of the Lane Frost Brand. "This being near and dear to our hearts, we are excited to say we are fully behind this documentary. Brad, James and the team with Tough Draw have shown a passion for this community, a commitment to authenticity and most importantly a heart for the Lord that has led us to this decision to work with them." Trawick hopes this documentary will shine a more expansive light on Frost, the humanity of his story and the depth of his character for both his legions of fans and individuals just learning about Frost. "I hope every person that watches this film will let these stories wash over them and move them to live a life that is more selfless and giving," he explains. "If I have learned anything from these first-hand accounts it is that the selfless acts Lane did are still felt by the people that received them today. Lasting impact is possible for all of us, all we have to do is treat each person we meet with dignity and respect, be honest and don't let your ego get in the way of doing what is right." A message that is as timeless and honorable as Lane himself.

More on Washingtoner
LANE is set to wrap production in early November and is scheduled to premiere in mid-December in Fort Worth, Texas. The documentary is a collaboration between Tough Draw, Out of Order Studios and the Lane Frost Brand.  Co-directors of the film are Brad Hughes and James Trawick. Executive Producers on the project are Stetson Frost, Clyde Frost, Elsie Frost, Tim Owens, Ali Owens and Caleb Cowart. Chad Gundersen, Chris Juen, Brad Hughes and James Trawick are Producers on LANE.